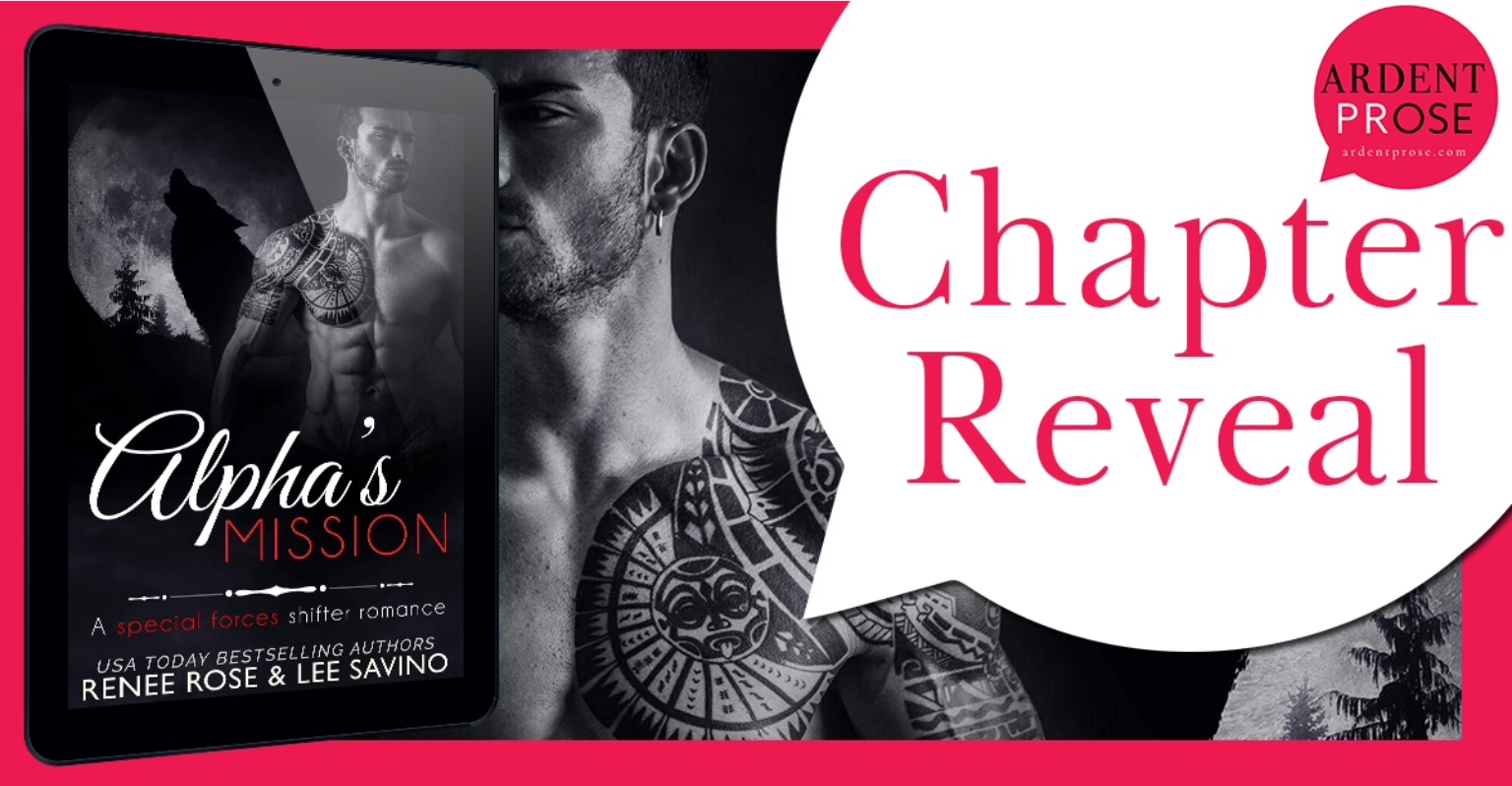 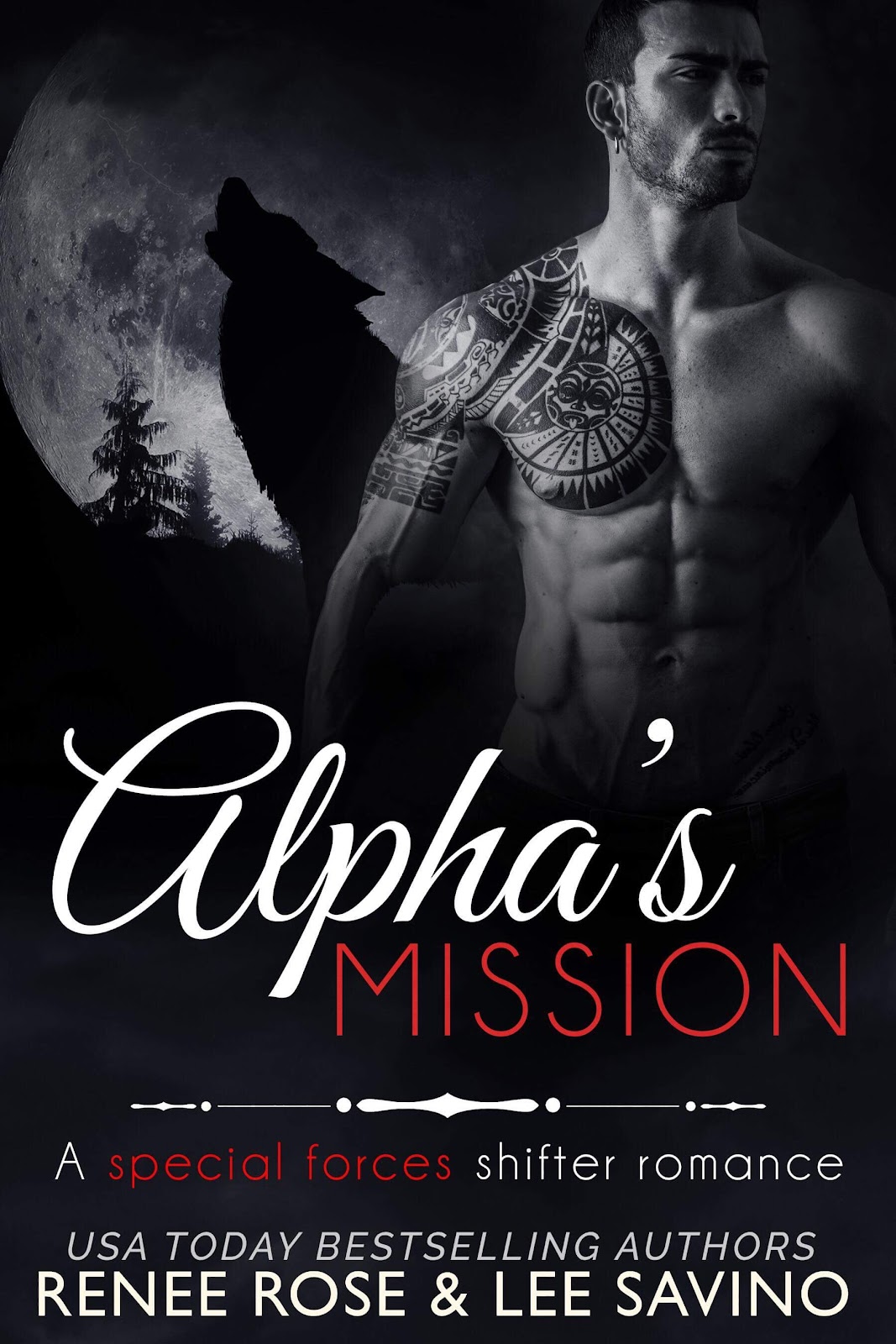 THE MONSTER WANTS HER. HE WON’T BE DENIED.

I hear blood moving in people’s veins. Scent their emotions.

I’m no longer a human–my life is over.

I’ve left everyone I love. I’ve gone rogue from the CIA.

My only hope is my handler.

Annabel gray is tough enough to face my monster. If I lose control, she won’t hesitate to take me out. But I’m not the only predator out there. Someone’s hunting Annabel.

She needs my protection.

But if I don’t get my animal under control,

I may be her biggest threat yet.

I buy an icecream cone and sit on the wall at Venice Beach, blending in with the hordes of beachgoers. I dressed to fit in–I’m wearing a halter top and shorts with wrap-around sandals I can still run in if I need to.

I can’t believe I’m upset by the fact that Charlie Dune hooked up with someone last night. Why in the hell would I care?

We don’t have a relationship.

I’m his handler, for God’s sake.

Yeah, he’s hot. All the field agents I’ve met appeal to me. I mean what’s not enthralling about highly intelligent men whose bodies are trained weapons? Agents who supposedly can single-handedly bring down governments or start wars? Agents who can rescue hostages or–rumor has it–execute a kill order? I know I’ve never passed along orders like that, but my clearance level isn’t high.

Dune, like all field agents, is built of chiseled muscle. He’s not huge or tall. They never are–they need to be able to slip in and out of places unnoticed. Blend in.

I have a thing for spies, I guess. Particularly Dune. Something happened last month between us. Actually, it’s probably all in my head. Which is why I’m an intelligence analyst, not a field agent. I over-emotionalize. Get personal with people and situations. I care too deeply. Despite my basic combat training, I’d never be able to pull the trigger on anyone, even if my life depended on it.

I bent some rules and put my own job on the line to get some information last month for Dune. He said he lost someone involved with the lab fires. And I probably over-personalized that.

Because I know what it’s like to be investigating our government’s dirty secrets when it involves a loved one.

“Chocolate–my favorite,” a deep voice rumbles behind me.

I don’t jump. I’m used to him appearing out of thin air. What I’m not used to is how close he comes in. If I didn’t think it was crazy, I’d swear he leaned in to inhale my scent.

I turn and find his face too near to mine and the green of his eyes appears to change to ice blue in the sunlight.

Yeah, he’s hotter than I remembered. In a tight black t-shirt–the kind that stretches over his hard muscles–and a ball cap pulled low over his green eyes, he looks the perfect hunky California surfer.

He steals the ice cream cone from me and takes a big lick. Well, this is definitely different. We’re practically sharing spit.

Oh, that’s ripe. After he missed our morning meeting because of some hook up he had. I never knew Dune was such a player, but it fits. Field agents can’t have permanent relationships so they become man-whores, getting it whenever and wherever they want.

I turn to face him and watch as he completely demolishes the ice cream cone. I mean, I didn’t know you could eat a cone that fast.

So I guess we’re not sharing spit.

He has the grace to look shame-faced as he licks the last bit off his fingers. “I’ll buy you another one.”

I roll my eyes. “Don’t bother. I only bought it for cover.”

I can’t stop my annoyance from surfacing, even though he’s always all-business. “Your no-show this morning may have cost us the mission.”

His face remains impassive, and under the ballcap, his eyes keep roving the landscape, like he’s taking in every person who passes, everything about our surroundings. He’s so damn alert. “I’ll fix it. What’s the mission?”

The thing is–I believe him. I’m sure he’ll fix it. He’s the kind of agent who gets results, which is why he gets paid the big bucks.

Still, I’m not over feeling pissy. I flick on my tablet and share the screen with him. “Target is Lucius Frangelico. He lives in Hollywood. Occupation, unknown. Possible mafia, possible drug kingpin. Definitely into something. They want him bugged and tracked.”

“Why is this a CIA job rather than FBI?”

“He has ties to Al Qaeda. Travels internationally. May be selling weaponry. This is a preliminary investigation.”

“Yeah, well, he left California this afternoon on a private plane. So now you have to find him.”

I’m sure he’s right. I have complete faith in him. And I still feel like he owes me an apology for no-showing to our meeting earlier.

As if he reads minds, too, he meets my gaze. “I’m sorry about this morning. It won’t happen again.”

“Dune, I don’t care what you do on your off time, but when I call you in, you show up.” I can pull a bitch when the occasion calls for it.

He rubs a hand across his stubbled jaw, still subtly glancing in all directions without moving his head. “Yeah. I was… incapacitated.”

His head draws back and brows slam down. “What?” His laugh is unexpected–maybe to both of us. I detect relief in it, which I file away to examine later. “No, it wasn’t a woman–I wish.” He gives his head a quick shake. “I mean–” He stops, his jade eyes meeting mine.

For a second neither of us speaks, gazes tangled, locked. Something flutters in my belly. His nostrils flare and I watch the same trick of the light make his eyes flash blue. My lips part in surprise and his gaze dips there. “It wasn’t a woman.” His voice is deeper than I remember.

“What was it, then?” My voice has lost all authority–it sounds pathetically breathy to my ears.

He shakes his head. “Something else.” He suddenly looks tired, almost defeated.

I’m shocked by a need to soothe him. A need to know what demons haunt this brave warrior. What does he hide under that impenetrable mask of deadly capability?

“Listen.” He touches my nape, just under where the halter top ties. Energy shoots through me at the light contact, tingles of pleasure racing across my skin. I know this is just for show–we’re playing the part of a flirty beach couple, but the thrumming that starts between my legs doesn’t understand that. “I want to thank you for the help you gave me last month. You helped save a kidnapped child, so… it made a difference.”

My mind wants to run down the path of figuring out whose child he was saving–his? A friends?–but all I can focus on is the light circles he traces on my skin. My breath hitches.

My nipples tighten. “Oh, I will.” The confidence returns to my voice, but for some inexplicable reason, I choose this moment to blush. Maybe because of his penetrating stare, like he’s trying to decipher what possible reason I might have for requesting favor from him.

I hope to God I’ll never need to. But the file I extracted for him isn’t the only redacted data I’ve hacked. And considering which department of the government I work for, consequences could be more than a slap on the wrist. You never know.

So having a friend capable of protecting my life could come in handy.

“You’ve uploaded the information to me?” he asks, tapping my tablet, back to business.

“Of course.” He starts to step away, then turns back. “Annabel.”

He’s never called me by my first name before. It has an effect on me, like he has me by the throat–but in a good way. He commands my full attention–my stiff nipples throb, tingles race over skin. “Are you in some kind of trouble?”

I hesitate, then shake my head. Not yet.

And then he’s gone, blending into the crowd of people and disappearing as quickly as he appeared.

Right. I’ll tell him when he needs to know.

Why, then, does the idea of not sharing my secret with him disappoint me?

Lee Savino has grandiose goals but most days can’t find her wallet or her keys so she just stays at home and writes. While she was studying creative writing at Hollins University, her first manuscript won the Hollins Fiction Prize.

She lives in Richmond, Va with her awesome family> You can find her on Facebook in the Goddess Group (which you totally should join).